My tears are flowing again 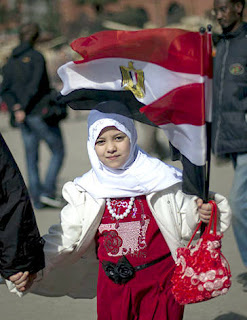 The last 3 weeks have been more emotional than anyone can imagine.  I do not think I had cried in my whole life than I did the last few weeks, with all that was going in Egypt.  And the tears continued out of joy off and on since then, especially thinking of the those who lost their blood so that the rest of their fellow Egyptians can feel the pride of the rebirth of the Egyptian nation.

I had a break from uncontrollable tearing for a couple of days until a friend, an Egyptian American Jesuit priest,  posted this video on his Facebook page.
I could not stop tearing.


It is just a video - no word, just cheers of joy by the people on the street, and cars honking as the Egyptian flag stretched between the Church of the Saints in Alexandria (and the seen of bloody suicide bombing on New Years Eve), and the Mosque across the street form it.


Please, pray with me that the spirit of that great nation and all the goodness in its peoples hearts will last forever.