Now it is official.

Thanks to Slama, fellow Egyptian blogger.  She checked the Wikipedia entry on Egypt's ex, and it has been changed.

Nothing that anyone does not know by now.
I just wanted to freeze this moment, and highlight the Past tense of his status.


"فَالْيَوْمَ نُنَجِّيكَ بِبَدَنِكَ لِتَكُونَ لِمَنْ خَلْفَكَ آيَةً وَإِنَّ كَثِيرًا مِّنَ النَّاسِ عَنْ آيَاتِنَا لَغَافِلُونَ"
[Nay,] but today We shall save only thy body, so that thou mayest be a [warning] sign unto those who will come after thee: for, behold, a good many people are heedless of Our messages!" (Quran 10:92)
This is what the Quran said about the Pharaoh. 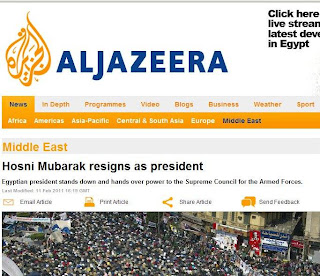 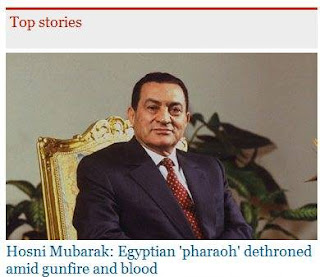 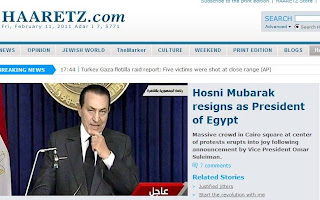 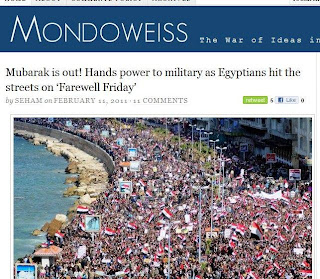 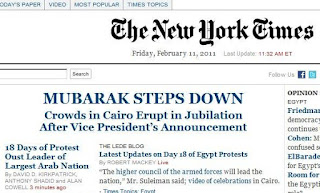