On a glorious day, I and many others felt the world has changed; that the will of people managed to take down a cancer called Mubarak and his criminal regime of corrupt military, security forces, judiciary and aristocracy.
We truly thought he was gone.
We truly thought Egypt was ready for a fresh start.

And We were wrong, and wrong big time.   Military Cancer is never gone.

Since then, many other things have gone, though.
Gone was the warm feelings about the country.
Gone was the hope in a fairer future.
But more painfully: GONE was the trust in the intentions and judgment of many people that were once beyond the slightest doubt.

In many ways for me, January 2011 revolution in Egypt is dead, but it has been what I call "an illuminating event".

It was a moment when the 'rubber hit the road'; the moment when it becomes obvious who thinks and acts in the light of guiding principles of equality, freedom and justice for all, and those that do not.

But it is the people's near-collective betrayal of universal principle of conscience that leaves the deepest wound.

The Sun May Set, But There Are Things That Shine On Forever.

The Sun May Set,

But There Are Things That Shine On Forever. 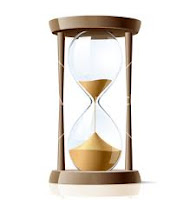 The heart begins to recall all the regrets.
The soul yearns for a second chance that will never come again.
And, the mind - that cruel master - hits the breaks on the heart and soul, reminding you of all what made you what you are today, and why you should not fall apart, why you must endure.

"It is only 10 more minutes to midnight.", says the creul one!

Then your mind bribes you with a piece of 'memory candy', to help you forget the cruelty of the reality check. The 'memory candy' could be a song you fell in love with the first time you heard it, and have loved it since then, one of those songs you hear once, and they become part of you.... forever.

They are Blind, and Proud of it

A group of people appeared moving around with there eye tightly shut, bumping into one another. They look lost. They look like they cannot see where they are heading.

A passerby looked at them in their purposeless chaotic movement with their eyes closed.

The stranger said:
"Open your eyes. It is better for you to see where you are going".

"But there is not light, so what is the point", replied one of those that look lost.

The stranger replied:
"It is not dark here. It is day light. The sun is out, and the sky is clear", said the passerby.

"What you say CANNOT  true. Our trust-worthy elders told us it is dark", said another one of the closed-eyed ones.

The well-intentioned stranger said more impatiently:
"But it is not dark. The truth will be obvious if you just open your eyes for a second.".

It did not help the good stranger to remind them that their sacred Book says:

وَإِذَا قِيلَ لَهُمُ اتَّبِعُوا مَا أَنزَلَ اللّهُ قَالُواْ بَلْ نَتَّبِعُ مَا أَلْفَيْنَا عَلَيْهِ آبَاءنَا أَوَلَوْ كَانَ آبَاؤُهُمْ لاَ يَعْقِلُونَ شَيْئاً وَلاَ يَهْتَدُونَ" - البقرة 170 "
"When it is said to them: ‘Follow what God hath revealed:’ They say: ‘Nay! we shall follow the ways of our fathers.’ What! even though their fathers Were void of wisdom and guidance?". Quran 2:170

Reminding them of what their own Book only made them ANGRY and suspicious of the stranger.
They could not care less what the Book says. 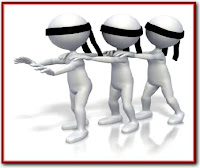 It is the Blind, leading the blind, and they all are proud of it!
And as another good Book said:

"Let them alone; they are blind guides. And if the blind lead the blind, both will fall into a pit." (Matthew 15:14).

Sit This One Out, Please - for REAL People's Sake

I am not optimistic about any real change on the ground this coming January 25th.  I will be praying for success, but I know the odds are not at all good - pretty slim in fact- and the price to be paid by the REAL revolutionaries will be very high.  But I hope for some success to keep the flame alive for a little longer.

Just please, do not go out if you were one of those that called for and cheered the revolt and military coup against the outcome of of Jan 2011 REVOLUTION.  You mostly are still mincing your words about where you stand, and spending more time finding excuses, rather than doing soul searching where you went wrong.  And,  YOU WERE WRONG.

So, go back to your crying over what is wrong with 'the other countries' than the one country that counts for you, and to your reminiscence over a deluded past that carried nothing good except for select aristocrats, military or royal, or whatever makes you happy with yourself.

Please, for REAL people's sake, sit this 'January Spirit Event' out.  You help KILL the last one anyway.

Life is a tease!

Life is beautiful, but can be cruel, bringing within your reach something you have always longed for at a time when you cannot reach for and have it.