Trial of the Century in Egypt botched by the village idiots 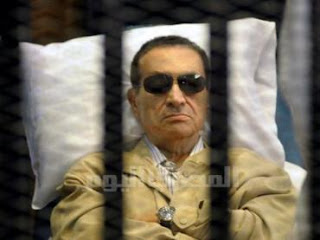 You all probably know by now that the so called trial of the century for Mubarak, the deposed president f Egypt, his Minster of Interior, Al-Adly, Mubarak's children and 6 most senior assistants of the Minister of Interiors has ended with a fizzle.

Mubarak and al-Adly received life sentences (that I am certain will be reversed on appeal), and ALL the others got acquitted.

A lot of Egyptians are mad as hell.  Count me one of those for many reasons.  Reading the reasons for judgments (حيثيات الحكم) is enough to get one's blood pressure go through the roof.

I am cutting and pasting here from my facebook comments on the subject with some thoughts and feeling about the trial. So, excuse me if it is coming across choppy.

سماع و قراءة حيثيات الحكم في قضية "القرن" تثير الغثيان. ما هو قدر عدم الكفاءة المطلوب كي تصبح احد اعضاء النيابة الخمسة في اكبر قضية في تاريخ مصر و العالم العربي؟ بيدو ان اي قدر من الكفاءة سيكون من معوقات الحصول علي الوظيفة. أرشح اعضاء النيابة في القضية لجائزة عبيط القرية الاول.
Reading or listening to the Reasons of Judgement in the so-called "Egypt's trial of the Century"  is simply nauseating.  How much ineptness does it take to qualify for a prosecutor's position? It seems clear that any degree of legal proficiency is a great impediment to getting a position as a prosecutor (النيابة).
I know it sounds strange at this time (since all Egypt is mad at the judge), but I kind feel bad for the presiding judge, Rifaat. Without proofs what was he supposed to do? My gut feeling, he took it on his own to give the top 2 accused (Mubarak and Adly) a guilty verdict with life sentence because he simply could not let them go. It was distasteful by all moral standards to let them go.  He just could not stomach it, even though he was not provided with any material proof. If the evidence is as meager as was seen on TV during some of the last few public sessions and as per his ruling statements, he probably would have had to give them all innocent verdict if he wanted to be legally in the clear.
For those non-Arabic speakers who followed the so-called "trial of the century" of Mubarak and his security assistants, but could not read the reason of verdict, here it is:

The reasons for judgement provided by the judge for acquitting the 6 most senior assistance of the minister if interiors included the following: no material evidence linking would of the dead and injured to the weapons of the police, no evidence of communication (wired or wireless) between the acquitted leaders and their troops re the actions taken, no reliable weapons, ammunition or recovered bullets linking any police weapons to injuries (in a case that included including charges for the death of 850 Egyptians and injuring/assaulting 7000 others over 17 days of assault on the unarmed demonstrators, the prosecutors presented 4 guns and about 10 bullets in total).
Prosecution witnesses were all deemed unreliable with past history perjury for some and previous media releases of suspicious nature for others.
The village idiots (playing the role of the prosecution) also filed the abuse of power and embezzlement charges against the children of Mubarak AFTER the statute of limitations has expired.  They actually chose - of all the corruption charges possible against Mubarak and his family after 30 years in power - to present a charge that has expired.  an no one notice that over the 10 month trial till the verdict was released less than 24 hours ago

Prosecutors positions in Egypt are some of the most privileged and prestigious positions in the government.  It secures a life-long guaranteed career of financial comfort in a position of power, total immunity from nearly anything, and and easy access to a judge positions after few years.  As you would have imagined, they were exclusively filled with the children of the rich and powerful, especially in the higher-ups in the military, police and judiciary. Moreover, Law school of Egypt is not like hear: it takes the BOTTOM tier of students, so we are not starting with the creme de la creme anyway.
And I have to finish in a lighter note, otherwise I will have to bang my head into the wall.

And the Village Idiots prize of the Century goes to... the 5 members of the Egyptian prosecution in the trial of the century. 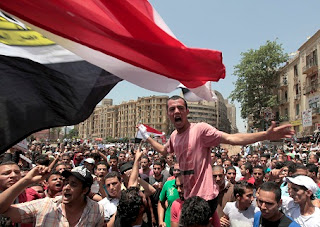 Egyptians are expecting to have many more days and months of turmoil. Tens of thousands are back into the Tahrir square. I do not know how much more blood would be shed before they start getting any breaks.
May God help us all.
Khaled