Are religious fundamentalists really in the center of God's attention?

Religious fundamentalists and groups on the religious right in general think they are very special.  That arrogance, of course, occurs across the board, whether they are Muslim, Christian or Jewish. Many do not only think that they are the only ones that will ever get to paradise, but frequently they think they are in the center of God's attention, and that the whole universe has been planned by God in advance to suit their needs. They also think that those who oppose them become the center of God's wrath. (See previous posts here, here and here)

The Egyptian Muslim Brotherhood would not generally count as a 'fundamentalist' religious group but they certainly are part of the conservative religious right in Islam. Like many other groups in Egypt, they have become more vocal and less 'politically correct' since the fall of the dictatorship of Mubarak in February of 2011.

Day after day, their sense of 'specialness' seems to be expressed more assertively.  As I mentioned in a previous post, one of their leading figures tried to discourage marriage of MB members outside the group so that MB sublime members and their values do not get marred by mingling with less pure elements.
And 2-3 days ago, their Murshid (i.e., most senior religious and administrative guide) Muhammad Badee'e, gave a speech on the occasion of June 5, 1967 defeat of Egypt by Israel.  Here is a sample of what he said:

The 'General Guide' of the MB, Dr. Muhammad Badee'e said that the two defeats of Egypt during the 56 and 67 wars, and the fall of Mubarak's regime came as a comprehensive and wide scale divine revenge after all the persecution of the [Muslim] Brotherhood. Since following the detension of MB in 1954, there was the defeats of 1956.  And following the detentions of 1965, came the ultimate defeat [of Egypt] in 1967. [My translation]

To him, and to other self centered religious group, the universe revolves around their group.  So, cold war politics, the anger of UK and France after nationalizing the Suez canal in 1956,  the growth of the power of Israeli lobby and christian Zionism in the West, the profound material poverty of Egypt, and the long history of disorganization of Egypt's society had nothing to do with the defeat of Egyptian army. Only the persecution of Mb did!

It was only about how Egyptian Military Elite's treatment of the Muslim brotherhood that lead to God taking revenge on the average Egyptian- just to teach Nasser a lesson in 1956 and 1967.  And rather than selectively 'vaporizing' the 'evil leaders' of Egyptian military who tortured MB leader, God decided to leave those leaders in place with all the health, wealth and power intact and, instead, destroy the rest of Egypt, including close to 100,000 innocent Egyptian soldiers fulfilling their mandatory conscription service in the army, thousands of them were likely to be secret MB members or sympathizers!

That model of 'specialness' of the MB would not work unless examples selected from history to prove it were highly selected.  So, conveniently, the defeat of Egypt's MB own warriors by Israel in 1948 would be selectively not mentioned.  Neither would be the victory of 1973 by Sadat's regime that mistreated MB as badly as Nasser's regime did.

Of course the MB would never entertain the idea that the victory of Israel could be because God favored Jews (as some messianic Christians and right wing Jews would say) rather that to punish those who mistreat Muslims Brotherhood members.  MB would also never entertain the idea that their torture and oppression on the hands of Arab dictatorships may also be God's way to punish the Muslim Brotherhood for being on the wrong path! Of course there is great comfort in believing exactly what God's intention's are

But thank God for the increasingly open dissent within MB, especially by youth that do not find blind obedience to some supreme guide appealing, and obviously has better understanding of logic and realities:


قال إسلام لطفى، أحد شباب الجماعة،: «كلام المرشد غير حقيقى، لأن الاعتقال والسجن لم يكون للإخوان فقط، إنما شملا الشيوعيين وغيرهم من التيارات السياسية"
Islam Lutfi, one of the MB youth, said: "Those words by the Murshid are not truthful.  Detentions and prisons were not only for the MB members.  They included the communists and many other political groups. [My translation] 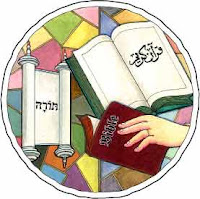 The narcissism of religious fundamentalists everywhere looks identical regardless of their religion.  Hardship that their group suffers is only a test by God, a mean to purify their souls, but never a punishment.  Power,  wealth  for them are rewards, not tests to see how corrupt or oppressive they could become.

It is always about them being in the center of God's attention, and always on His good side.  They never realize that the exact mirror image of their thought process is equally valid in their opponent's eyes: the fundamentalists of other religions.

And for all fundamentalists, it is all about them and only them.

Other relevant postings on this blog:
-  Can you read God’s mind? I know I can’t.
- The idiot rabi strikes again: Non-Jews exist only to serve Jews
-  Do not worship that man's god