"Why would Muslims want to live in America? Why would not Muslim live in Saudi Arabia or some other Muslim country?"

[This is my second post on the Post Dispatch Civil Religion blog. Take a look, and you may leave comment on the PD site, or anonymously here.]

04/11/2008 2:34 am
This title reflects the first of 2 good questions posed by one of the readers (who named his/her Centrist) of my first blog posting about finding my Muslim voice. The part I am going to address in this post is quotes below (emphasis in the quote is mine).

“I saw a woman in a West County grocery store the other day with traditional Muslim dress, not a burka, but the only part showing were her eyes. That is fine, I have no objections with her choice.”
“… Our culture is so different in terms of outward sexuality and homosexuality that is so contradictory to the Muslim faith, that I don’t understand why they would not prefer to live in Saudi Arabia or some other Muslim country where they can live more easily which in the norms of their culture and religion.
I have a problem with Muslims coming here and not wishing to assimilate and try to get calls to prayer and footbaths etc. which kind of cross the line of seperation [sic] of church and state in our country.
My first question is, why don’t Muslims just live in Muslim countries and why do they choose to live in America or England where the culture is do different from what their religion espouses? Many of us fear that we will one day be forced to live under Sharia law such as Saudi Arabia or Iran if the Muslims take over our country.”

The reader’s second questions is equally interesting and is about Muslims and why they vote Democrat. Whether this assumption is right or wrong, that question will have to wait for another posting.
But for now, let us tackle the first question. There are a lot of points to cover so I will use almost a point format to cover the different issues raised in the comment: 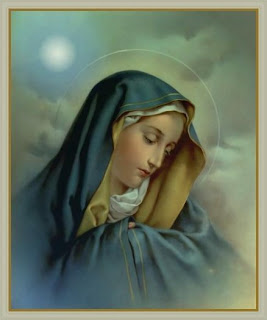 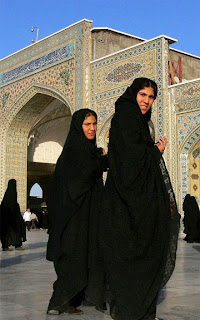 On a rather personally note, I am not a supporter of a dress code that covers the face. A big part of an individual’s identity is in the face. I am even sure I would not know how to communicate with someone covering their face. That is not just from the security point of view, but for many other practical reasons. The face communicates a lot more than words. My early medical training was in a Egypt at a time when some medical student started wearing niqab. The dean of medical school was decisive about it. If you wear a niqab, you were not allowed to get on the medical school campus. I am not aware of any women students that left medical school because of that. Niqab is not mandatory according to the very vast majority of Muslim scholars. It is actually forbidden during the most sacred of all Muslim events, Pilgrimage to the Holy Mosque in Mecca. It is still a very uncommon practice outside Afghanistan and Saudi Arabia were is it a dominant cultural habit to many, not a religious tradition. And therefore, many women stop wearing it when they are out of those countries. 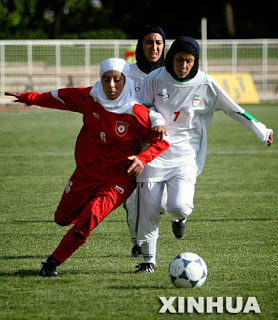 Even in Iran, it is becoming less and less popular. For passports, drivers license, security Ids, and in courts of law the face must always show. If one woman wants to wear it in a West County grocery store, and the store does not have a problem with it, who am I to stop them?
Do I want wearing Niqab or burqa to be the law of the land for women here? NO.
The bottom line is this: this is a society where the rule of the law is king. If it is legal no one should expect others to change just to please the rest of us. But if Centrist’s argument is that this is a Christian Nation, and that only Christians should decide how it is run, then that is a violation of the first amendment. And that can be a topic for another post.
Khaled


[Note: The reader Centrist, in a second comment expressed deep unhappiness and disappointment that I did not respond right away to the comment. Since I am not a full time blogger or a journalist, and I am a full time professional, I will rarely be able to respond right away to comments (except to the most simple of questions). Other readers are welcome to participated in the discussion and have a dialog go on, but I will not oblige myself to respond in a particular time frame.Blogging is NOT about instant response. That is called instant messaging. I would rather take my time posting something that I put some thought into, than to response in a haste with a half-cooked one and a half sentences. Other bloggers may have the talent to do that and produce something good. This blogger does not. Sorry if anyone is disappointed. Khaled]